From imedwiki
Revision as of 08:51, 26 November 2021 by Christoph Holtermann (talk | contribs) (wikification: wikilinks, categories)
(diff) ← Older revision | Latest revision (diff) | Newer revision → (diff)
Jump to navigation Jump to search
A checked version of this page, approved on 26 November 2021, was based on this revision.

Goethe authored several works on science, most notably "The Metamorphosis of Plants" and his "Theory of Color". In these it was implicit that the observer had to simultaneously pay close attention to the actual observed phenomenon while also emphasizing the importance of what happened in the active observer during this process. Artistic activity and reverence is coupled into this way of science. One tenant of Goethean Science is that it is impossible to completely divorce oneself from the phenomenon being studied. In this sense Goethe is the founder of a truly holistic science[2].

Unlike conventional science which considers to be real only that which is measurable (so color in its reality is seen as only a wavelength of light. This is called reductionism.), Goethean science places emphasis on the reality of the phenomenon. 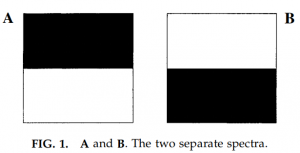 Retrieved from "https://en.imedwiki.org/index.php?title=Goethean_science&oldid=3357"
Categories:
Cookies help us deliver our services. By using our services, you agree to our use of cookies.